Back to main page
Teachers face dilemma with Facebook 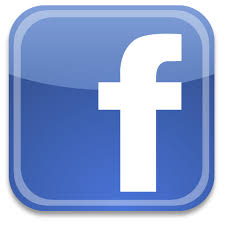 What seems like an easy question — Will you be my friend? — is not necessarily so for teachers who have joined the Facebook phenomenon.

The social-networking Web site, whose popularity has grown from the college crowd down to teens and up to boomers, poses a prickly question for teachers who want to connect with their tech-savvy students yet maintain professional boundaries.

Should teachers become virtual "friends" with their students?

Opinions are mixed. Opponents fear innocent educators will be branded sexual predators for chatting with students online, while proponents caution against overreacting to a powerful communication tool.

The issue made headlines this month after police accused a 42-year-old former Magnolia High School aide of having sexual exchanges with a 16-year-old former student he contacted via Facebook.

Such rare stories can alarm a community, said Melissa Pierson, who teaches instructional technology at the University of Houston, but educators shouldn't be afraid to use social-networking sites.

"Outside the classroom, in terms of connecting with students, there are some exciting possibilities," said Pierson, who also directs UH's teacher education program. "It's just, teachers need to keep their educator hats on."

Most school districts, however, have yet to define the rules of virtual engagement. In the Houston area, many districts block access to social-networking sites on campus computers, but they don't have policies addressing after-hours use between educators and students.

"It's kind of addictive," she admits. "I'm interested in my students, and I like to hear from them. I have a couple of kids in college now who have sent messages thanking me for helping prepare them. I had a kid send me a message asking advice about picking a major."

So far, Guilmart has become virtual friends with several former students and even linked up with an old teacher from North Carolina. She said she wouldn't mind connecting with her current students at Houston ISD's Reagan High School — if they asked.

"If they want to 'friend' me, they can," she said. "My Facebook is entirely PG. There's no cursing. There are no photos of me having a good time on the weekend — nothing like that."

Pierson, the UH associate professor, cautions teachers against becoming "one of the gang" with their students on Facebook, but said such sites can help humanize teachers, facilitate online learning and provide access to potential guest speakers.

Facebook launched in 2004 as a Web site exclusively for Harvard University students — a sophomore there created it — but now anyone claiming to be at least 13 can join. The site boasts more than 140 million users and has surpassed its predecessor MySpace in popularity. The fastest-growing demographic is people 25 and older.

For Facebook novices, here's how it works: Users can create their own Web pages, or profiles, post photos, share articles, and — the main draw — connect with others by soliciting or accepting "friend requests." Generally, only "friends" can see and comment on each other's pages.

Mike Feinberg, co-founder of the KIPP charter schools, where teachers are encouraged to give students their cell phone numbers, said he limits his Facebook contacts to alumni. "My personal threshold," he said, "is not to accept friends on Facebook from KIPP-sters until they are in college."

But one of his colleagues, Joseph Miller, has found Facebook a great way to keep in touch with current and former students. Miller runs the KIPP to College program, so he's responsible for keeping students on track once they've graduated eighth grade, even if they don't stay in a KIPP high school.

Miller said he begrudgingly joined Facebook but now jokes he's a "junkie,"with about 540 friends, including middle and high school students, alumni and co-workers. No parents have befriended him yet.

"We always look for avenues to get out and connect with the kids," said Miller, who has a daughter in elementary school. "It's a good way to just send a quick note. The kids are there, so why not be where the kids are to get and send information?"

Miller said he always sends friends a virtual message on their birthdays — Facebook provides a daily reminder — and he warns students not to post inappropriate information online because college admissions officers could find it.

In some school districts, students and teachers have been disciplined for questionable content on their personal Facebook or MySpace pages.

Gayle Fallon, president of the Houston Federation of Teachers, said she would advise members to avoid connecting with students on social-networking sites, though the Houston Independent School District doesn't have a specific policy about it.

"Ninety percent of the time it would be OK," Fallon said. "But what do you do with that one whose parent goes nuts: 'What do you mean you're my kid's friend?'"

Some school administrators expressed similar concerns and said they offer teachers other programs to create Web pages for class use.

Elsewhere, in southern Mississippi, the Lamar County school district made headlines this summer when it decided to prohibit teachers from communicating with students via text messaging or public social-networking sites. A state senator in Missouri is pushing a similar bill.

Even on Facebook itself, a group named "Teachers Need to Get the Hell Off Facebook" has formed for students peeved about schools patrolling for cyber-bullying.

Teachers have created their own groups, too. A recent search turned up "Houston Earth Science Teachers," "I'm a teacher and yes I do deserve my holidays" and "Primary Teachers — Resources, ideas, stress relief!"

David Johnston, the college access coordinator at Houston ISD's Lee High School, said he understands the need for setting boundaries online but sees Facebook as a fast, effective way to communicate with students and alumni.

"I would never ever interact with a student about a personal issue on a social network," said Johnston, 44. "But I can use Facebook to tell a kid, 'I haven't seen you in a few days and you have an important deadline coming up.'"

Johnston said he is working with a recent Lee graduate to build a Facebook page that will encourage Lee students now in college to network with each other and with those aspiring to attend.

"I think it's really helpful," Johnston said, "because when you are the first in your family to go off to college you can feel isolated."

Alberto Ramirez, a first-generation college student at the University of Texas in Austin, is a good example. The 2007 Lee graduate said he logs on to Facebook daily to keep in touch with his former classmates at Lee. They easily coordinated a road trip through the site, and when Lee Principal Steve Amstutz was coming to Austin for a conference, he reached out to former students via Facebook.

"The phone, you get a call, and you're like, 'Should I answer or should I not?'" said Ramirez, 19. "But Facebook is a place you can just relax. You can communicate when it's not something very, very serious."

CHICAGO -- Add "Facebook depression" to potential harms linked with social media, an influential doctors' group warns, referring to a condition it says may affect troubled teens who obsess over the online site.

Researchers disagree on whether it's simply an extension of depression some kids feel in other circumstances, or a distinct condition linked with using the online site.

But there are unique aspects of Facebook that can make it a particularly tough social landscape to navigate for kids already dealing with poor self-esteem, said Dr. Gwenn O'Keeffe, a Boston-area pediatrician and lead author of new American Academy of Pediatrics social media guidelines.

With in-your-face friends' tallies, status updates and photos of happy-looking people having great times, Facebook pages can make some kids feel even worse if they think they don't measure up.

It can be more painful than sitting alone in a crowded school cafeteria or other real-life encounters that can make kids feel down, O'Keeffe said, because Facebook provides a skewed view of what's really going on. Online, there's no way to see facial expressions or read body language that provide context.

The guidelines urge pediatricians to encourage parents to talk with their kids about online use and to be aware of Facebook depression, cyberbullying, sexting and other online risks. They were published online Monday in Pediatrics.

Abby Abolt, 16, a Chicago high school sophomore and frequent Facebook user, says the site has never made her feel depressed, but that she can understand how it might affect some kids.

"If you really didn't have that many friends and weren't really doing much with your life, and saw other peoples' status updates and pictures and what they were doing with friends, I could see how that would make them upset," she said.

"It's like a big popularity contest - who can get the most friend requests or get the most pictures tagged," she said.

Also, it's common among some teens to post snotty or judgmental messages on the Facebook walls of people they don't like, said Gaby Navarro, 18, a senior from Grayslake, Illinois. It's happened to her friends, and she said she could imagine how that could make some teens feel depressed.

"Parents should definitely know" about these practices," Navarro said. "It's good to raise awareness about it."

The academy guidelines note that online harassment "can cause profound psychosocial outcomes," including suicide. The widely publicized suicide of a 15-year-old Massachusetts girl last year occurred after she'd been bullied and harassed, in person and on Facebook.

"Facebook is where all the teens are hanging out now. It's their corner store," O'Keeffe said.

She said the benefits of kids using social media sites like Facebook shouldn't be overlooked, however, such as connecting with friends and family, sharing pictures and exchanging ideas.

"A lot of what's happening is actually very healthy, but it can go too far," she said.

Dr. Megan Moreno, a University of Wisconsin adolescent medicine specialist who has studied online social networking among college students, said using Facebook can enhance feelings of social connectedness among well-adjusted kids, and have the opposite effect on those prone to depression.

Parents shouldn't get the idea that using Facebook "is going to somehow infect their kids with depression," she said.

posted a new blog entry Elevating the Self: A Book on Values.
33 months ago