Back to main page
OMG! Textspeak gets into dictionary

LOL, FYI and OMG have made it into the Oxford English Dictionary. Is this a good idea – and what others are they missing ! 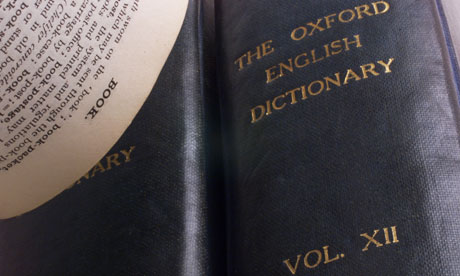 Would the adults you know be able to say what OMG, LOL or FYI mean?

At the end of the month, they will be able to look them up in the dictionary because OMG, LOL, FYI and other popular abbreviations used in texting and emailing are to be included in the new online edition of the Oxford English Dictionary (OED).

The folk at the OED call these abbreviations "initialisms", because they are made up of the intitials of the expression. "Initialisms" are handy when using social media sites like twitter that limit the number of characters used in a message, says Graeme Diamond, principal editor of the OED. But Diamond thinks there's more to these words than boring word limit practicality. They are associated with young people, informality and are often used to show irony.

These words may not be as new as some may think. The OED found that OMG was first used in 1917, in a personal letter. LOL has been around since 1960, but it meant something quite different, with the letters standing for Little Old Lady.

OMG, LOL and FYI join IMHO (FYI this means "in my humble opinion") and BFF (best friends forever), which are already listed. The symbol <3 meaning, "to love" will also be included.

Do you think these abbreviations and symbols deserve a place in the dictionary and are there any other words you would like to see included? Send us your suggestions at childrens.books@guardian.co.uk and we'll put them up on this page as they come in.