Back to main page
Google, Facebook and Yahoo to test new net addresses 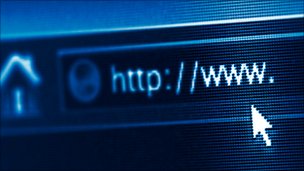 A global trial of the net's new addressing system is being planned for 8 June.

The test is being held to raise awareness about the imminent change from version 4 of the addressing scheme to version 6.

Net giants Google, Facebook, Akamai and Yahoo have committed to taking part in the "test flight" of IPv6.

Net firms are being encouraged to switch to IPv6 as addresses in the old scheme will run out by November 2011.

"The good news is that internet users don't need to do anything special to prepare for World IPv6 Day," said Lorenzo Colitti, a network engineer at Google in a blog post.

"Our current measurements suggest that the vast majority (99.95%) of users will be unaffected. However, in rare cases, users may experience connectivity problems, often due to misconfigured or misbehaving home network devices."

The World IPv6 Day is being co-ordinated by the Internet Society, a non-profit group which educates people and companies about net issues. It has provided a webpage through which people can test their Ipv6 readiness.

On 8 June, those who sign up will make their pages available via IPv6 for 24 hours to help show up and iron out problems created by the switch to the new addressing scheme.

"By providing an opportunity for the internet industry to collaborate to test IPv6 readiness we expect to lay the groundwork for large-scale IPv6 adoption and help make IPv6 ready for prime time," said Leslie Daigle, chief internet technology officer at the Internet Society in a statement.

Google already offers an IPv6 version of its search site as does Facebook.

The addressing scheme used by most sites now is defined in version 4 of the Internet Protocol. This has an address space of about four billion entries.

While this figure was considered to be enough in the late 1970s when IPv4 was being developed it has proved to be wanting as the net has grown in popularity and more and more people and devices use it.

At current estimates the pool of IPv4 addresses will run entirely dry in early November 2011.

Many net authorities and organisations have been calling for net firms to switch to IPv6 which has an effectively unlimited address space, but progress has been slow.

In November 2010 Vint Cerf, one of the fathers of the internet, warned that the net faced "turbulent times" if it did not move quickly to adopt IPv6.

posted a new blog entry Elevating the Self: A Book on Values.
31 months ago