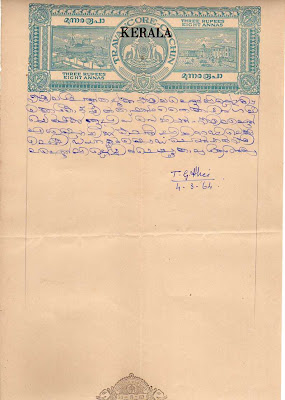 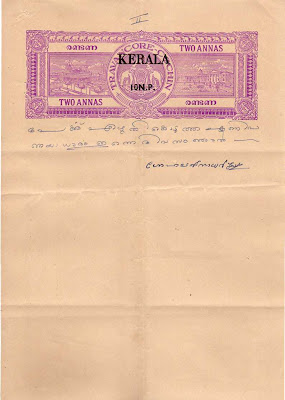 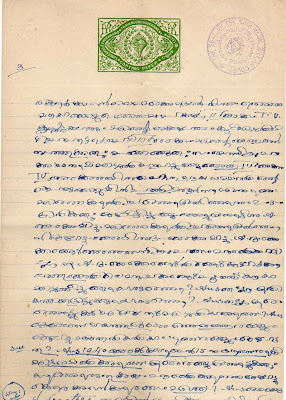 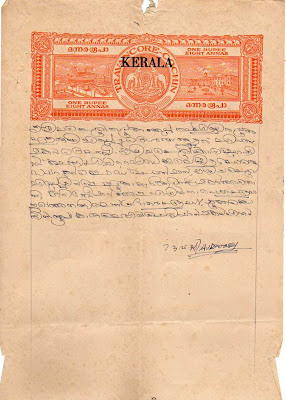 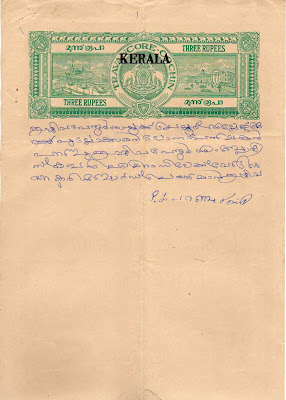 Madras Presidency, also known as Madras Province and known officially as Presidency of Fort St. George, was a province of British India with capital at Madras( now known as Chennai) and included many parts of south India :-

The earliest coins of the company in Madras were small silver pieces issued from their factory at Fort St. George in about 1670's. These coins were undated with two interlinked C's on the reverse (assigned to the reign of King Charles II).

During the 18th century silver coins were minted bearing the Company's bale mark(an orb and a cross) inscribed C.C.E (Charter Company of England) and in some cases G.C.E (Governor and company of merchants trading into the east Indies). All these issues were meant for use within the company's factory and surrounding areas and also for exchange with European traders. They were not meant for circulation in the interior of the country.

In 1742 company obtained permission from Nawab Sadatulla Khan of the Subah of Arcot to coin rupees in imitation of those struck at the imperial mint at Arcat. These coins were poorly struck with dies bigger than the blanks used. Hence, only a part of inscriptions are generally visible. They bear the name of Alamgir II with Sixth year of reign and have a 'lotus - mint mark'. This undated series continued for about 50 years. Subsequent issues had Hegira Date '1172' equivalent to 1758 A.D. irrespective of the year of minting. The R.Y-6 also appears on all issues.

SOME OF MY HAND MADRAS PRESIDENCY COINS 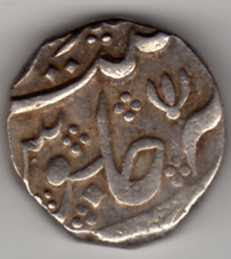 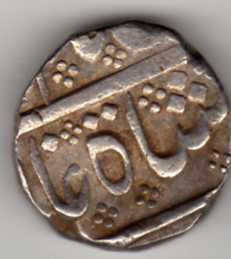 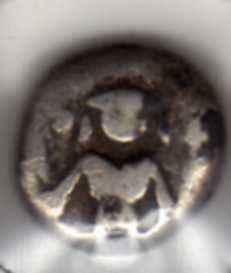 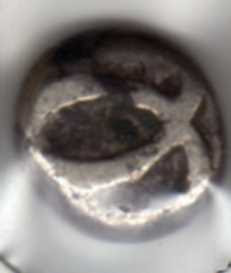 In 1807new machinery was introduced and mint produced 2 silver coin in European style with oblique milling. One series based on Hindu standard consisted of One and Two pagoda in gold, Half and Quarter pagoda and Fanams in silver. The copper coins consisted on Cash denominations.

The other series based on moghul standard were gold mohurs and fractions of mohurs : ¼,⅓and ½ . They issued rupees together with fractions down to ⅛ and1⁄16rupee in silver. Madras also issued 2 rupees coins. Although minted in 1807 and later all bear the frozen date "1172"A.H.
Copper coins in this series were Faluce(Dub) with inscriptions in persian on one side and Tamil and Telugu inscriptions on the other side indicating the value in Dub units.
In Madras, there were copper coins for 2, 4 pies, 1, 2 and 4 paisa, with the first two denominated as ½ and 1 dub or1⁄96and1⁄48rupee. Madras also issued the Madras Fanam until 1815.

Although the two systems of coins were in circulation at the same time but they were unrelated.

After 1818, Rupee was made the standard coin and the weight was fixed at 180 grains with smaller pieces in proportion. The pagodas and fanams were demonetized from that year.

3. 1830-1835 : Struck at Calcutta with 'Rose' mint mark and upright milling but with a small crescent added on the reverse (rupee and half rupee coins) and on obverse(1/4 rupee coins).

SOME OF MY COLLECTIONS 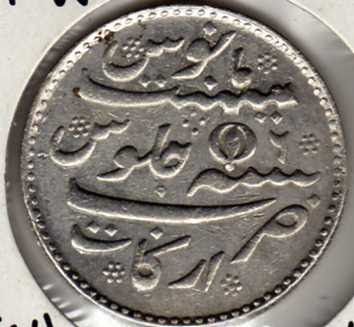 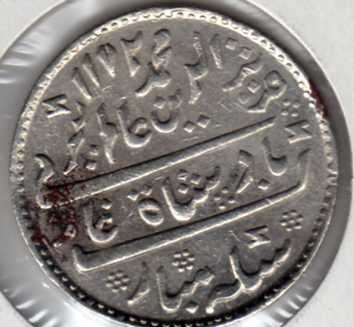 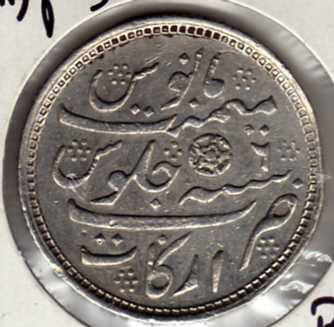 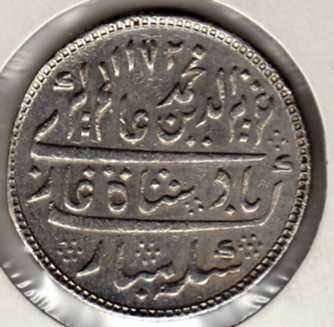 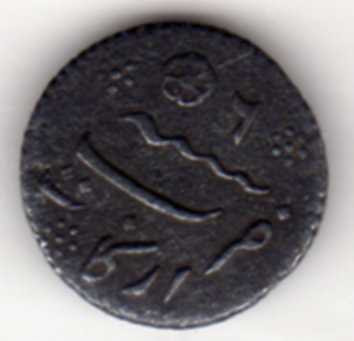 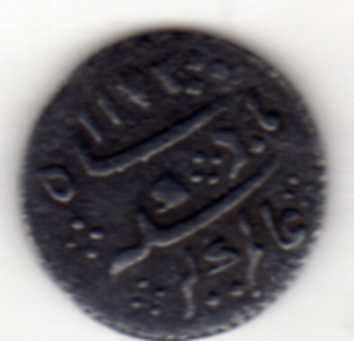 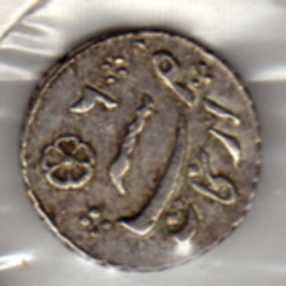 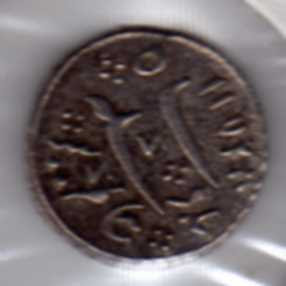 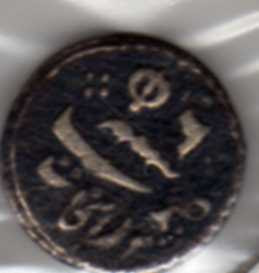 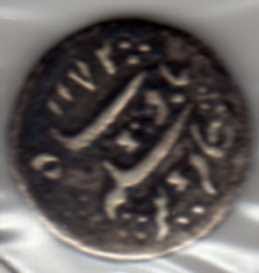